Management in a Software-Defined World

The Distinguished Experts Panel will focus on the NOMS 2014 theme, "Management in a Software-Defined World". During the last few years, there has been tremendous activity around the convergence between networking an IT which resulted in the introduction of “Software-Defined” concepts, enabled by virtualization techniques and cloud-based applications for various network segments including data centers. Such new techniques such as Network Functions Virtualization, Software-Defined Networking and Cloud Networking are expected to have a huge impact on management practice since the elasticity and programmability these techniques are claiming require increased automation and are based on managers, orchestrators end controllers. The DEP session will thus provide an opportunity for the panelists and the audience to discuss issues identified in the keynote and other presentations earlier in the week, as well as offering valuable insights on the key technologies and applications for industry direction and academic research.

Dr. Chih-Lin I, winner of CCCP “National 1000 talent” program, Chief Scientist of China Mobile, Head of Green Communication Research Center (GCRC) of China Mobile Research Institute (CMRI), is in charge of advanced wireless communication R&D effort of CMRI, spearheading major initiatives including high energy efficiency system architecture, technologies and devices, advanced R&D for 5G, green energy, power and carbon reduction
Dr. I received her Ph.D degree from Electrical Engineering Department of Stanford University in 1987. After that, she joined wireless communication fundamental research department of AT&T Bell Labs, and has been one of the pioneers in CDMA technologies. With almost 30 years experience in wireless communication area, Dr. I worked in various world-class companies and research institutes, including: Headquarter of AT&T, as Director of Wireless Communications Infrastructure and Access Technology; ITRI of Taiwan, as Director of Wireless Communication Technology Department; Hong Kong ASTRI, as VP and GD of Communications Technology Domain.
In addition, Dr. I is actively engaged in management and consultation affairs in many international professional societies and world-class universities/institutes. She is currently an Executive Board Member of GreenTouch Consortium. She has been a Board member of IEEE ComSoc, the Director of IEEE ComSoc Meetings and Conferences Board, and the Chair of Steering Committee of IEEE Wireless Communications and Networking. She has also been the Chair of Steering Committee of ASTRI-Tsinghua MBC Joint Research Lab, the Chair of Advisory Committee of ECE Dept of HKUST, the Honorary Director of AWTRC of CAS-ICT, and the Chinese State Council Foreign Expert in communication technologies, etc Future of Optics in Communications and Networking.

Antonio Manzalini was born in Turin, Italy. He received the M.Sc. Degree in Electronics Engineering from the Politecnico of Turin, in 1988. He joined Telecom Italia in 1990, starting RT&D activities on Optical Transport Networks. In this avenue of activities he was actively involved in leading positions in several EURESCOM and EC funded Project (e.g. MWTN, LION, NOBEL). He also chaired (during two consecutive Study Periods) two ITU-T Questions, in charge of ITU-T Standards on transport networks, such as SDH and OTN. Since 2005 he has been involved in the context of international research programmes concerning the evolution towards Cloud Computing and Networking. Also in this context he was actively involved in leading positions in EC funded initiatives. In 2008 he has been awarded with the International Certification of Project Manager by PMI.

He is member of IEEE, where he coordinates a Working Group on SDN in the Future Direction Committee. He acted as TPC member of several IEEE conferences and, recently, he was the General Chair of the IEEE Workshop "SDN for Future Networks and Services" (Trento, Nov. 2013). He is author of a book on Network Synchronization, several other book chapters and about 90 papers. He has been awarded with 6 patents on telco networks and ICT systems. Currently, he is Senior Manager at the Strategy Department of Telecom Italia (Future Centre - Innovative Architectures) addressing mainly RT&D activities concerning architectures, solutions and business models for Telco-ICT future networks and services (e.g., specifically dealing with Software Defined Networks, Network Function Virtualization, Autonomic/Cognitive Networking and Computing) http://it.linkedin.com/pub/antonio-manzalini/5/90b/b6.

Riccardo Guerzoni worked as senior radio planner at Nokia Networks from 1999 to 2007, in the last 2 years managing the development of an automatic radio access optimization prototype. From 2007, he joined Accanto Systems as Professional Services Manager, boosting expertise on Customer Service Assurance, QoS and diagnosis models in mobile, fixed and converged networks.

Stephen B. Weinstein (Steve) received his SB, MSc, and PhD degrees in Electrical Engineering from MIT, the University of Michigan, and the University of California at Berkeley respectively.   After a long career with Bell Laboratories, American Express, Bellcore (Telcordia), and NEC Research Labs America, he is now semi-retired, a part-time consultant to patent law firms and the communications industry.
Steve is best known for early research and development on data-driven echo cancellation and generation of OFDM signals using the fast Fourier transform, but has worked in multimedia communications and other areas as well. He received the 2006 Eduard Rhein Foundation (Germany) basic research prize for his fundamental OFDM work. He is the author of Getting the Picture: A Guide to CATV and the New Electronic Media (IEEE Press, 1984), co-author of the textbook Data Communication Principles (Plenum, 1992), the author of The Multimedia Internet (Springer, 2005), an overview of the technologies supporting audio/video media on the Internet, and co-author of the ComSoc Guide to Passive Optical Networks (Wiley-IEEE Press, 2012).
Steve is a Life Fellow of the IEEE, a past member of the IEEE Board of Directors, and was 2011-12 Vice-Chair of the IEEE Awards Board. He is a past President (1996-97) of the IEEE Communications Society (ComSoc), was an early founding Editor in Chief of IEEE Communications Magazine, and is current Chair of ComSoc's Communications History Committee.  He is the 2012-2015 Chair of the CIC-IEEE China Communications magazine steering committee, and a member of the Steering Committee of the IEEE-CIC International Conference on Communications in China. He was Program Chair of the October, 2013 IEEE COMCAS conference in Tel-Aviv, Israel. 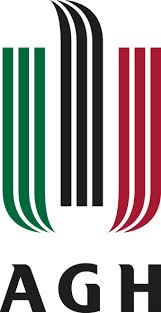